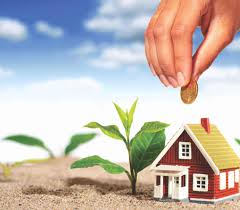 With the certainty of hindsight, we now recognise 2006 as Tobago’s glory days when everything seemed to be falling in place for the creation of a solid economy, rich with foreign exchange courtesy of tourism and real estate investment, and based on a very modest but rewarding annual international visitor count of around 90,000.

The real estate market at the time was hot, so hot in fact that some vendors and agents were pricing themselves out of the market, and it became clear that something was out of control. Prices certainly, but something else too. Real estate sales appeared from the outside to be so easy that the island was flooded with agents lacking professional education, training or oversight and therefore the skills to correctly appraise property values. Everyone was a real estate specialist and prices bore no relationship to reality. The term “flipping” an investment became popular but totally out of place in such a small and fragile market that was over-heating.

Thanks to the unusual level of real estate activity, especially involving foreign buyers, the THA chose that moment to ask Central Government to impose a licensing regime on the island, which they did in February 2007 via a Cabinet Order attached to the Foreign Investment Act of 1990. Overnight the foreign investment market died and to date has never recovered because tourism also fell into a decline, for this and other reasons, and has never recovered. Needless to say real estate did not remain untouched. Today, international arrivals to Tobago total a mere 18,000 per annum and the economy of the entire island is failing after a decade of steady and uncorrected decline and no new investment.

Real estate as an investment shines when it is viewed as a mid to long-term investment, and of course the economic tide of Tobago will change at some point and trigger a new wave of major infrastructure and tourism expansion. With this in mind, clearly it is a good time to consider buying when the market is slow and prices are falling. Not everyone can afford to invest in a recession, but the price benefits are clear. Tobago is at that point now, but not if your investment requires an immediate return. It is still too early for that, given the perception of T&T as a whole and the state of the tourism sector in particular, which is effectively the only major income-generating sector on the island.

Investing for the future, however, can look very attractive in 2018. Buying land, run-down property for renovation, even villas that can pay their way in the present depressed economy because the island does still enjoy modest airlift from Europe and North America. With basic marketing and help from social media, that can be enough to ensure occupancy for a small property.

The process of buying is simple, even for a foreign national, with the difference that after signing a Sale Agreement the latter must apply for a licence to own land/property (does not apply to Trinidad) before he can complete the purchase. This licence application is best done by your Agent or Attorney and involves form-filling, support documentation and persistence.

The biggest challenge for buyers is financing. For local investors the problem is borrowing in a recession when risk is increased and the future uncertain. Institutions are understandably more cautious than usual and credit limits tight. This forces the majority of enquiries down to the lower levels of the property market and forces higher-end property to gather dust on the shelf.

An overseas buyer is required to pay at least the 10% deposit in his foreign currency, but usually pays cash. There is a major benefit to both buyer and seller where the property being bought is owned by a foreign national – or a T&T citizen resident overseas. Here the option of payment in the country of origin of the owner is very attractive while an absence of forex reserves currently prevents banks from repatriating funds for those owners. This is one very good reason to attract overseas investment (FDI) at this time.

A recent development in the banking world has served to further complicate the business of funding investment from overseas. With the focus so strongly on money laundering and terrorism financing, foreign-owned banks in T&T have tightened their internal procedures to the extent that no foreign national may open an account or borrow from a bank unless he already owns property in the country where he is trying to invest further. There is even talk that international banks may be refusing entirely to trade in T&T currency.

Real estate, like life, is cyclical and over the past three decades alone Tobago has seen change from little to no investment to a boom in land sales to locals and Europeans (European airlift strengthened as the Berlin wall fell, triggering large movements of funds) to the loss of that overseas investment with the 2007 land licence, leading to a steady decline today in even local buyers as they see less and less incentive to buy when ROI cannot be guaranteed.

Clearly Tobago needs to change gear and attract new tourism investment. It is the island’s largest and best established sector, and plant and infrastructure is ready and waiting for an injection of funds and hope for the future. Negotiations are on-going with Sandals Resorts for a two-hotel project on the island, and other investors are showing interest because of the island‘s enormous potential for being a haven of tranquillity and green standards in a world that is more and more threatened by pollution, extreme climates, extreme population numbers and autocratic money-driven politics.   Tobago is an attractive investment opportunity. A Caribbean island that remains a beautiful, natural, still point in the midst of the global storm.